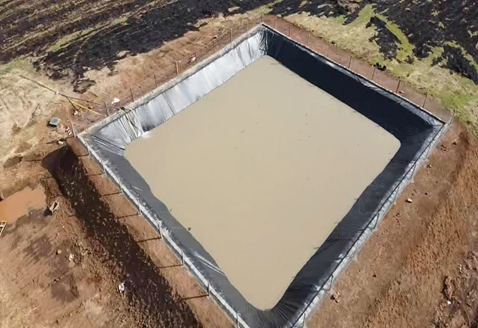 A background of the climate change effects on agricultural production

Majority of Kenyan adults will tell you that they grew up in the rural villages where farming was the mainstay of many households. They will also likely tell you how they have experienced changes in farming conditions over time, mainly as a result of changes in weather patterns. Those days, our farming parents and grandparents could predict with precision when the rains would start and it was always possible to till the land and have the seeds planted days before the onset of the rainy season. Many Kenyan’s will remember how April school holidays corresponded with farms that were just turning green from the germinating crops, and how our parents were always eager to have us spend the holiday helping in weeding for the crops. This is no longer the case now! A lot has changed just two to three decades later!

The rain patterns are no longer as predictable and rain-fed agriculture as we knew it has become a big gamble for farmers! A good pointer to these adverse changes is what we just experienced in many parts of Kenya in this year’s long rains season. The rains started in May (instead of March) and lasted for just a couple of weeks. It is no longer the long rains as we used to call it! Back in the days, there was great certainty that the rains will start in mid-March and continue until late June or longer. That was a long enough period of precipitation that was in ideal for rain-fed farming. The shortened and unpredictable rainy seasons in the recent years has had a huge negative effect on the majority of Kenyan farming. Crop failure has become a common reality, with a rising frequency and severity of droughts.

So what has changed?

A keen look at Kenya’s rainfall patterns in the 1980’s and the most recent years will show that the annual total precipitation has not changed much, but the patterns have greatly changed such that rains are received over a much shortened period and in a more erratic manner. Temperatures have also risen and all these could be attributed to climate change. Shortened and unpredictable rainfall seasons, combined with higher temperatures have a severe effect on rain-fed farming methods! High rainfall amounts (sometimes coming in as storms) being received over a shortened period also have other effects such as increased soil erosion, landslides and floods that make it worse-off for farmers. The worsening conditions have resulted to a majority of farmers giving up on their main source of livelihood!

But how could water harvesting help change the situation?

In essence, rainfall amounts have not reduced but the patterns have changed, making rain-fed system of farming more unsustainable. However, farmers can adopt mechanisms that would help them cope with the effects of these changes. One main approach for coping would be collecting water from ground-run off or from other surfaces such as roofs, reserve it in bigger quantities and use it to irrigate farms during the dry seasons. The potential for water harvesting is vastly untapped, with 0ver 80% of water received from rainfall running-off the ground and only less than 20% being absorbed into the soils in cultivated land. The run-off percentage is even higher with flash rains that are becoming more frequent lately. It is even higher in rocky and steep grounds. The method is also highly sustainable since the water resource is renewed/ replenished every time it rains. 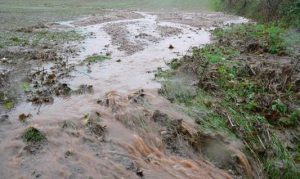 One of the most efficient and relatively cheaper ways for enabling farmers to harvest the ground-run off is by use of underground water ponds. A major weakness for ponds has always been the loss of the preserved water through ground seepage. However, recent technologies have enabled farmers to improve the ponds through the use of special liners to eliminate any loss through seepage.

We have been working with farmers to ensure that they adopt this water harvesting technology and from the experiences, it has been a huge relief to many who were almost giving up farming altogether. A medium sized pond with a volume of 300cubic liters has the capacity to irrigate about an acre of crops for a season (especially if combined with efficient irrigation systems). The benefit for this is that farmers are able to shift to the more sustainable irrigated farming which also has higher returns in terms of yields per acreage as well as in value of crops that can be grown. With irrigation, farmers are able to grow crops that are higher in value such as vegetables and fruits. This does not only improve their income, but also their household dietary intake!

Availability of water for irrigation also helps farmers increase forest cover, especially through planting of perennial fruit trees. This has a positive and direct impact on climate change. Increased vegetation on the farms has also contributed to a reduction in soil erosion and a higher retention rate of ground moisture.

While these solutions are easily replicable for almost every farming household in Kenya and beyond, the major obstacles for the adoption are the unavailability the technology in many parts of the country and the high initial investment costs required for installation. Many farmers we encounter are not aware of the existence of such a technology. The installations require some technical knowledge since the ponds have to be designed in a way that they are not damaged by excessive run-off or silt. This calls for skills transfer to rural based technicians.

On the cost aspect, our experience is that while many farmers who get exposed to the workings of the technology may want to have it installed, the initial costs are quite prohibitive. One method we use for bringing down the costs is using the households’ labor to do the actual excavation manually if the pond sizes are not so big, while we provide the technical support and supply the other materials such as the pond liners. With the devolution of agriculture to the County governments, counties could help households by providing excavation services (some counties have already invested in excavators).

Despite these obstacles, the increased incomes that farmers generate few months after installation opens up possibilities for pre-arranged financing models from lenders and micro financing institutions. We are currently at a point where such models would be of great interest to explore, since they would guarantee benefits to the farmers, the lenders and the service/ technology providers. An increase in quantity and quality of production from the smallholders would obviously have a much bigger impact to the society through improved food security, a rise for rural based economies/jobs and a ripple effect on overall growth in country’s GDP among other benefits. 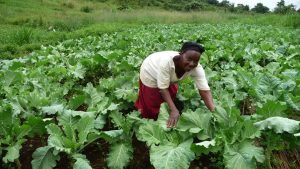 Agriculture is a major sector in Kenya’s economy and channeling more investments in it would guarantee a multiplier effect. The country spends huge resources importing food every now and then, due to frequent droughts that cause food shortage. The national and county governments should actively explore policies that would enhance wide-scale adoption of the technology. Improving agricultural productivity has huge effects on the social and economic aspects of the populace, meaning that other key players such as academics, private sector and development organization should be active players in ensuring that improved technologies are adopted faster. As it has been proven, investments in the agricultural sector, especially in developing world have a much higher return than in other sectors, and play a much bigger role in poverty reduction.